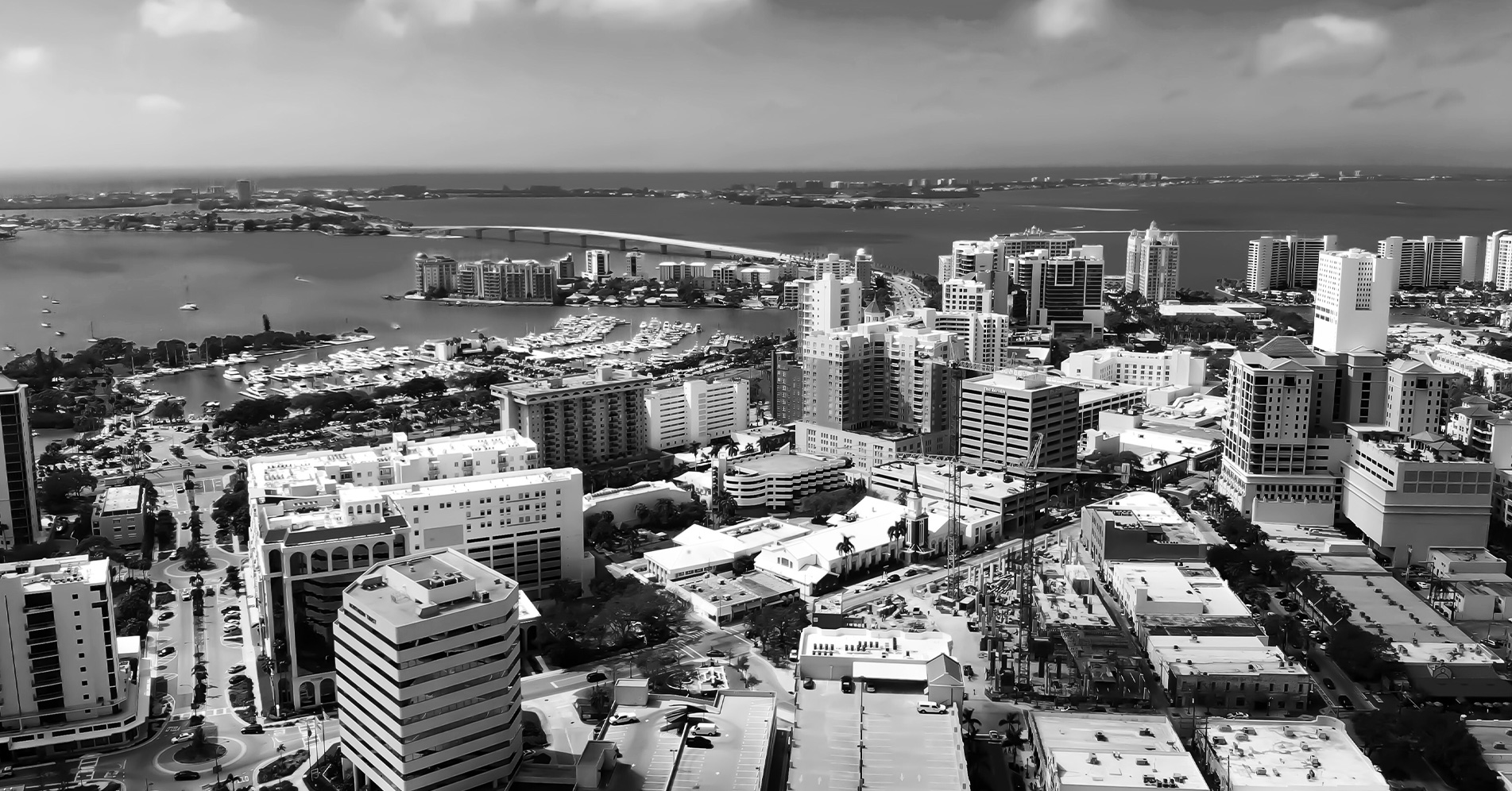 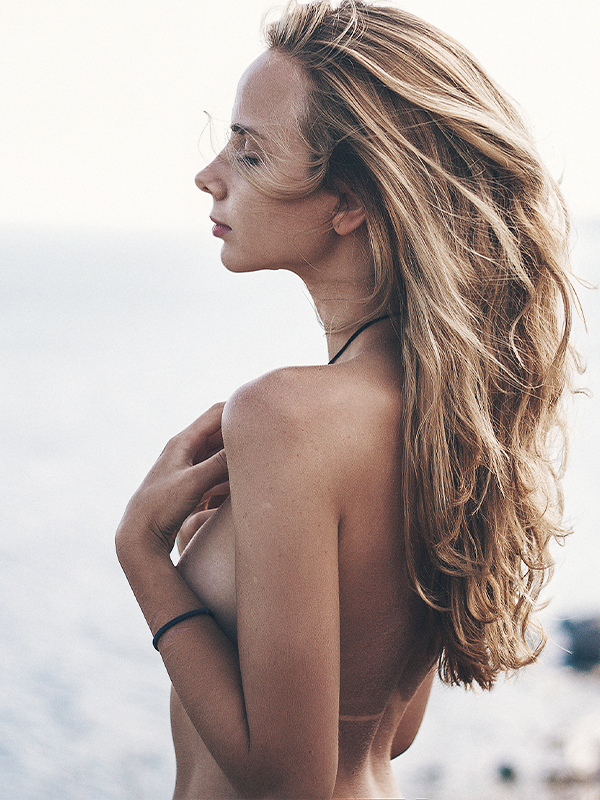 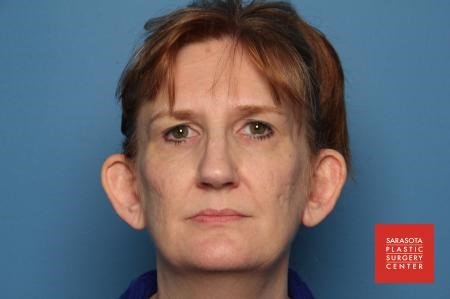 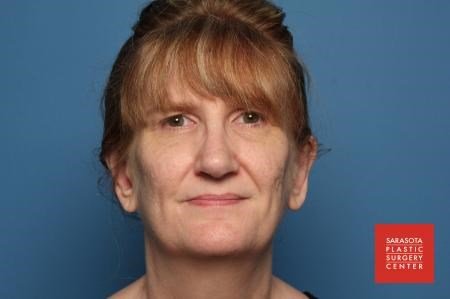 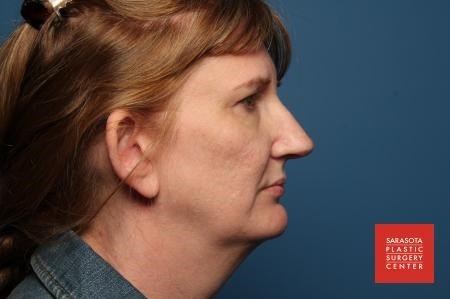 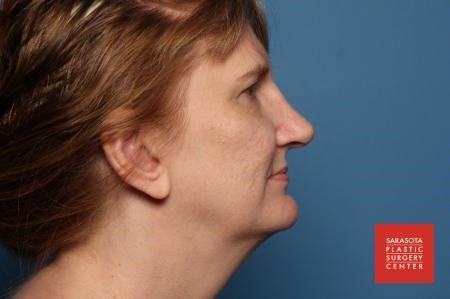 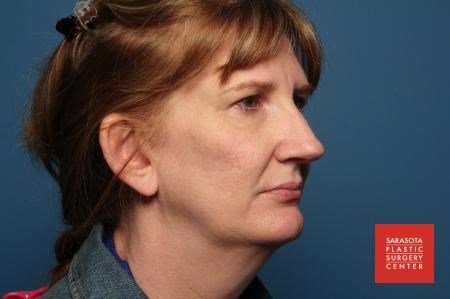 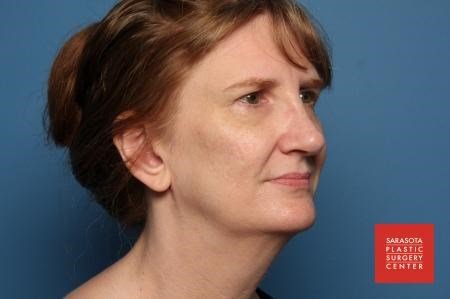 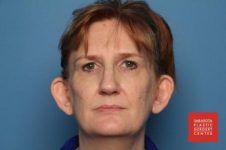 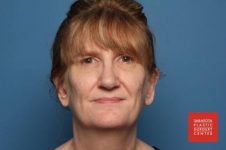 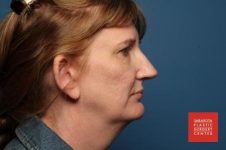 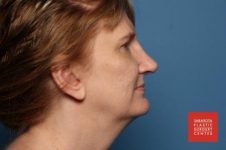 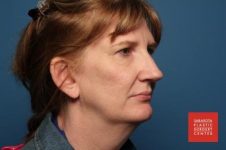 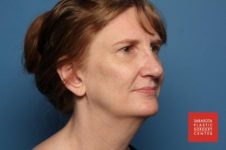 52-year-old Female from Tampa, FL desired ear and nose surgery. She felt her nose and ears were too large for her face. She wanted a nose that would balance her face but not change the way she looked.
The patient had a nose that was fairly large for her face. The nose was relatively long and she had very large lower lateral cartilages. She also had a moderate dorsal hump. The hump was taken down the tip of the nose was refined and the tip of the nose was shortened and projected. Ears were also pinned back giving a dramatic result.