After attending a seminar and meeting Dr. Scott Engel, Alice felt a personal connection with the surgeon and decided to book an appointment. She got a full facelift, neck lift, and brow lift at our Sarasota facility, and she says she was very happy with results that helped her look as young on the outside as she felt inside. View photos of her transformation below. 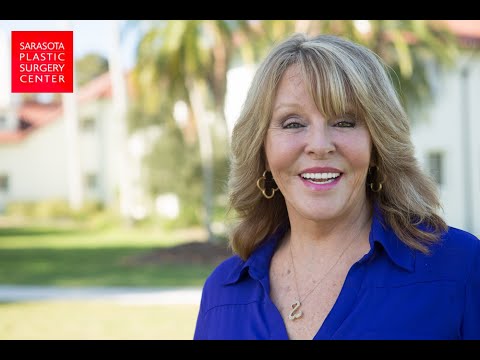 How did you choose Dr. Engel?

Hi, my name is Alice and I had a complete face lift, starting with the forehead, eyes, cheeks and neck. I chose Dr. Engel after going to one of the seminars. I just felt that he was very approachable and I could feel very comfortable talking with him. He was from up North and I’m from up North, so maybe that makes me feel more comfortable with him. So then I made an appointment and we went from there. My first appointment, he just told me about the different procedures that I could have and told me which ones he thought would be most valuable to me. Did I want the whole face lift? I decided on the whole face lift and he made me feel very comfortable because I was a little scared in the beginning, but after talking with him and he told me how good it would come out and how happy I would be, I decided to go ahead and do it.

Okay. I had my eyes done and that was a big change because I’ve had a lot of lose skin and when he did my eyes, he also put a little fat I believe under my eyes to fill in. And now my eyes – you get to the point as you get older that the makeup doesn’t on good because you got so many creases. And now I’ve actually changed my makeup because I always wore dark makeup to cover up those creases. Now, I can wear younger makeup and all different kind. I went into Alta and spent $200 on all different eye makeup, but I was so happy to be able work my eyes in a different way.

The day of surgery started early, 6 Am and it was a long surgery because I had multiple procedures. It was about nine hours and that was probably the worst day, first day because I had drains in and I also had some laser done. So that was quite red, but after the first two days, it wasn’t painful at all.

The incisions for a face lift were – I had a forehead lift, which they cut all up here and pulled the forehead up and then all around the ear all the way to the back of the ear on both sides and then there was just a little scar on the ear that’s not noticeable. And my eyes also, but they put it right in the crease, so you don’t even notice it. The recovery was, the first two days were the worst, but after that it was uncomfortable, but having to sit up and putting the ice on every twenty minutes on, twenty minutes off. But I was lucky that I had some help and I kind of watched a lot of movies and my family helped me a lot, so I didn’t have to worry about that and the first day I went out, when I put makeup on it was really exciting. Well, when you first come home it’s a pretty much of a shock, you have this big turban and your face is completely swollen because I had so many procedures done and I had drains, but I was lucky enough to have my daughter there to help me. And the second day I went back and they took off that turban, which helped a lot. As if I was comfort in lying down. You have to sit up for couple of days and you have to put ice on, twenty minutes on, twenty minutes off, but it wasn’t really that bad. You look terrible, my daughter took pictures everyday to see what I look like and I would say I probably went out after two weeks. Still a little bit swollen to somebody that knew me, but someone that didn’t know me they probably wouldn’t notice because you could put makeup on and stuff. I would say by a month you’re pretty much back to normal.

I was completely happy with my face lift. I felt as young outside as I did inside and I just want to put makeup on again and do my hair and I felt just like a breath of fresh air. I was really happy with it. Most of my friends that saw me thought I looked awesome. I have an older daughter who’s twenty six, she thought I looked awesome and I’ve a younger daughter, sixteen and I was just completely happy. I couldn’t be happy with my face lift. It met all my – what I thought it would it be. Dr. Engel is a really down to earth person and that’s what I liked about him. I felt very comfortable because I’m the type of person, ask a lot of questions and so I need somebody that can give me a lot of feedback. That’s just my personality and I think that’s why I chose Dr. Engel. He made me feel very comfortable. I told him exactly what I wanted. He made me comfortable every time I went back and he remembered, everything was documented, so when we talked he would already remember what we had talked about the last time. And he was very caring, great bedside manner and I couldn’t say enough about him. The nurses they’re wonderful, they all waved about me, when I came in they thought I looked awesome and they all came in to look at me. They were very nice, friendly, down to earth and you may just want to go back and see them again. I guess when I think about, during my recovery, I would go back to the doctors every few days in the beginning and that was like the highlight of my day. Getting dressed, going out and one by one you take the stitches off. First you would take the head thing off and then you would take the stitches off and so then you saw yourself healing and you knew it’s going to be a good two weeks recovery, but the stages went by pretty good and I was happy. Each time I went there something else would come up, you’d look a little bit better, the swelling would go down. So it wasn’t a – it’s a big deal, but I think when you have a great doctor and great nurses and they make you feel better when they just – all that support really helps.

Back to Patient Stories